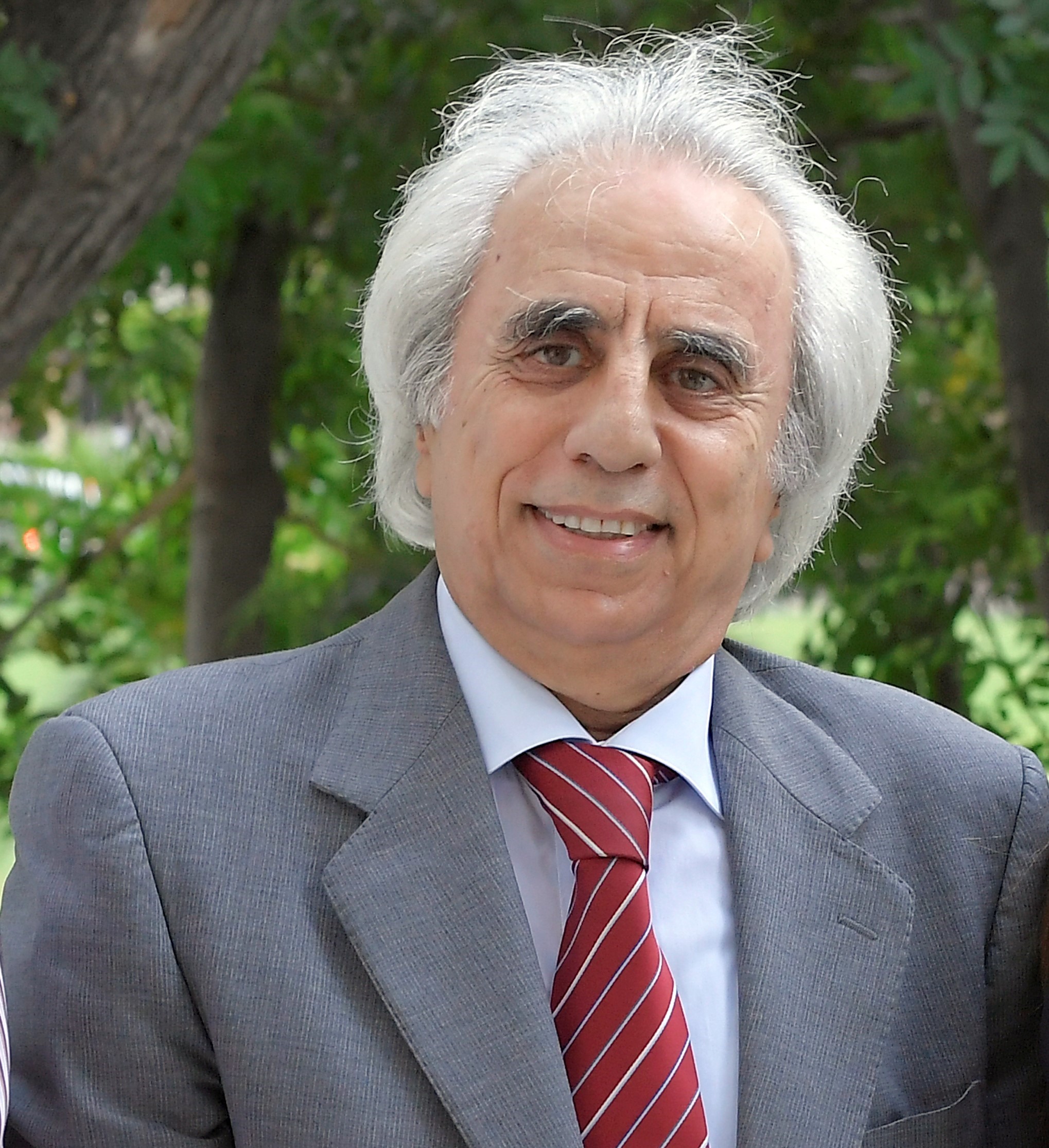 Henri Zoghaib is a Lebanese poet and writer, born in the maritime city of Jounieh (10 km north of Beirut). He has taught Arabic literature in many local colleges as well as in American universities while living in the USA (1988-1994). He wrote literary articles in Lebanese and Arab newspapers and journals and has several books of poetry and prose to his credit, among them biographies on Lebanese literary authorities such as Elias Abou Shabaki, Saïd Akl, Rahbani brothers, but he devoted a special part of his writings to Kahlil Gibran, to whom is dedicated his last recently published work. We have asked him to answer some questions, and here below is the content of our interview.

Dr. Zoghaib, what is your earliest memory of Gibran? How were you introduced to him?

I was introduced to Gibran at my early age, at the dawn of my literary career, since I read his Arabic oeuvres and was impressed with his both literary and social revolutions. I wrote some articles about him for the major Lebanese newspaper “An-Nahar”. Then, when I moved to the States in 1984, I started visiting places where he lived. I visited Boston and the street where was his apartment, as well as the Haskell school at 314 Marlboro street. And I met Kahlil and Jean Gibran who received me for a long visit and showed me many documents they had about the poet. In New York, I visited the west 51, West 10th street where Gibran lived (which doesn’t exist anymore), as well as St. Vincent’s Hospital (where he died). I interviewed by then some people who have known him personally (Mgr. Mansour Stephan, Fouad Khoury, and Andrew Ghareeb (his Arabic-into-English translator). When I got back to Lebanon (1994) I compiled all of my 40-year writings about him, and I published my book “Gibran: testimonials of people and places” (2012). Then, recently, I translated his two one-act plays “Lazarus and His Beloved” and the “Blind”, with the permission of Jean Gibran who, along with her late husband, had published the 2 plays in one volume “Dramas of Life”. And here I am now with my new book eloquently published at the Center for Lebanese Heritage at the Lebanese American University (LAU). 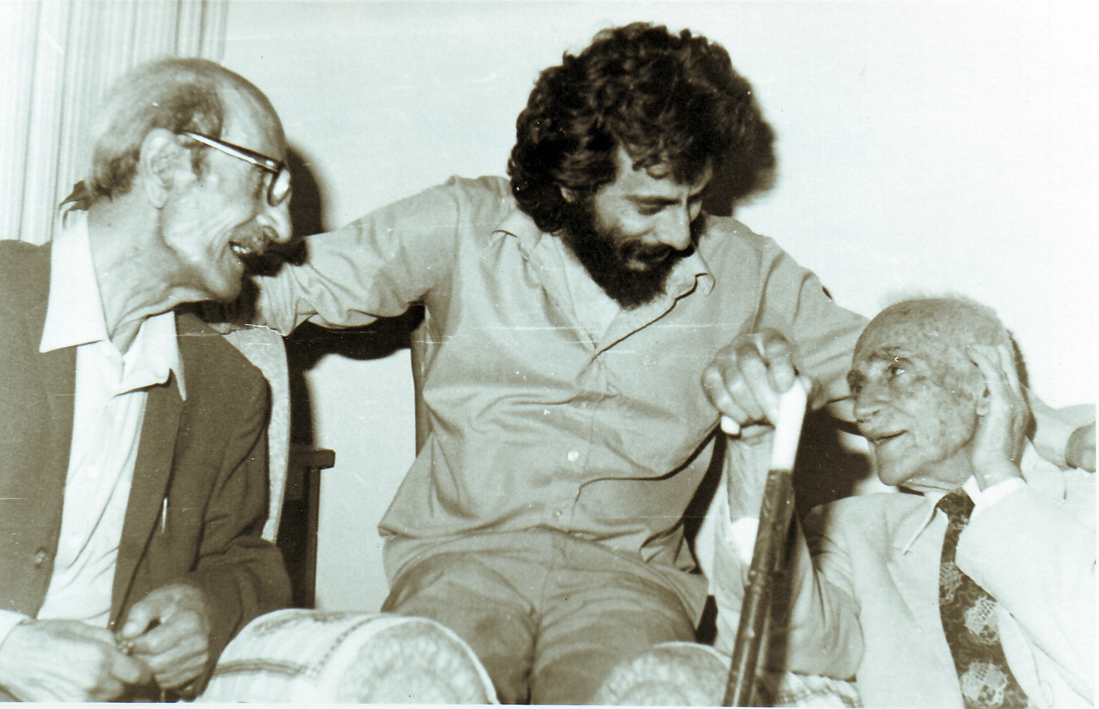 You dedicated a lifetime of study to Gibran: you wrote and translated many contributions on him, and your research is highly regarded not only in the Arab world but also in Europe and the United States. Is your love for Gibran motivated by a larger message within you?

The least I can tell is that he opens within me a wide horizon of courage and perseverance in breaking all kinds of “taboos” whether in literary or social terms. He tried to break the old rules and he dared to do that, he who lived in an era when the East was still under the blocked hegemony of the religious norms, as Gibran experienced them in his own town Bisharri or his own country Lebanon. His early Arabic writings show an obvious revolution against the social and religious conditions. Then, with his innovative style, he created a new style-and-content era in Arabic literature. The Rabitah (Pen bond) was his aim to that renewal, but unfortunately, he was almost the only one who succeeded in that endeavor, not to exclude Mikhail Naimy who also had this tendency to renew that literary era, and that was his main link with Gibran. 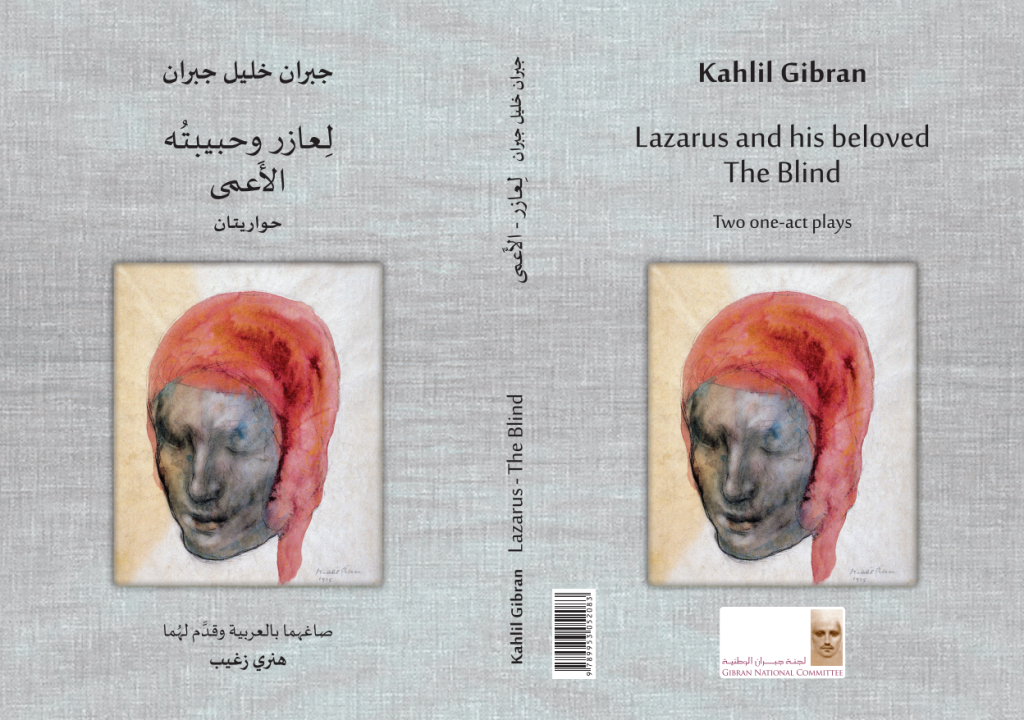 Gibran is read by millions in the world, who consider him as a beacon of hope and spiritual nourishment. How is he perceived in Lebanon in particular? How could he help Lebanon’s crumble affairs as it battles such bad economic times and dire political conditions? 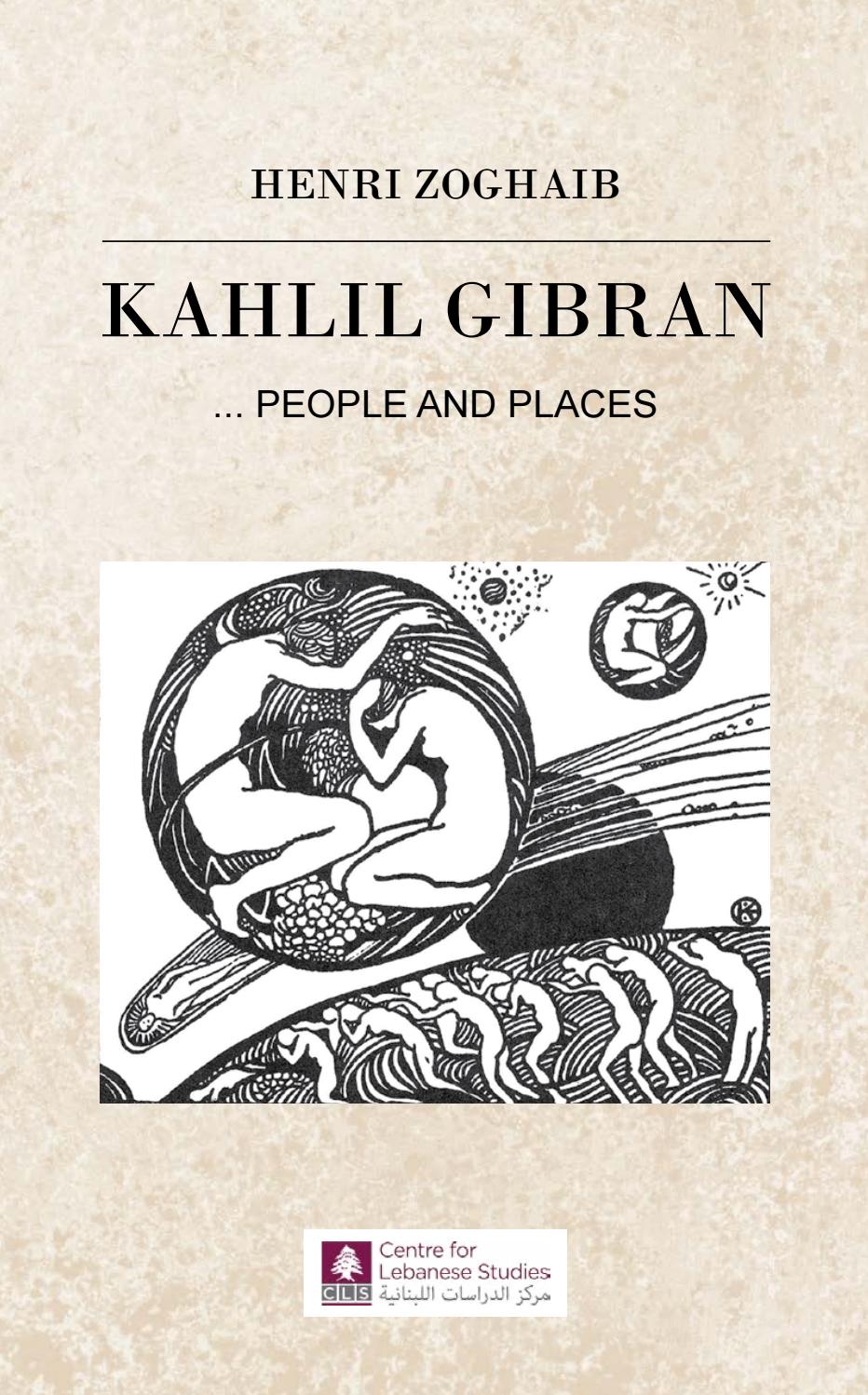 In fact, the current problems in Lebanon are not far from what Gibran had suffered in his time and tried to recuperate in his ideas. That’s why he still is perceived in Lebanon as the voice of hope to change and create a new Lebanon that deserves a new way of thinking. That’s what explained his saying “You have your Lebanon, I have mine”. He meant his resign from the state of Lebanon and its rulers, not his Lebanon of beauty and legacy. That’s also what explains his saying: “If Lebanon was not my country, I would’ve adopted Lebanon for my country”. During his long stay in the States, he never stopped too long for “his” Lebanon and he always dreamt of getting back to “his” Lebanon. Gibran left Lebanon physically but Lebanon has never left him nostalgically and spiritually. In his Arabic and English writing as well, the shade of Lebanon was always in his mind and soul. Even in his “Prophet”, it’s there: Orphalese is New York where he spent 12 years (1911-1923) after leaving Boston, but he yearned for the isle of his birth, Lebanon where he would eventually return reaching in his larger dream.

Let’s move now to “Hadha al-Rajul min Lubnan”, your latest publication. A section of it contains your translation from the original English into Arabic of “This Man from Lebanon: A Study of Gibran” by Barbara Young. In truth, yours is not the first Arabic translation of that biography. Why did you decide to make a new rendition of the book? What is, according to you, the scientific value of Young’s perspective on Gibran the man, artist, and poet? 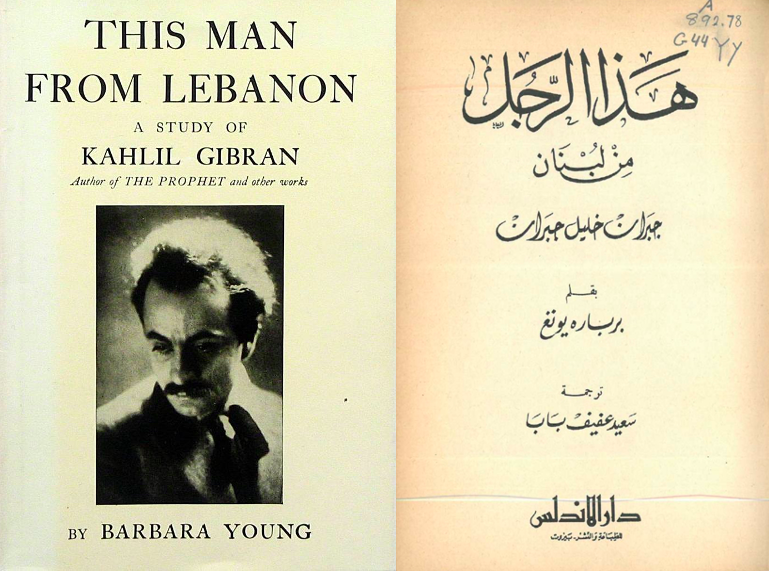 When I was in New York, at Knopf’s office, to sign the contract of translating Barbara Young’s book “This Man from Lebanon” whose copyrights are still held by Knopf, I knew about an old unauthorized translation of the book, made by someone back in the fifties and published in Lebanon. That’s why I didn’t start my translation until I got the written legal permission, realized in the contract signed by Knopf and LAU. I decided to make this translation at its best, to embrace the beautiful poetic style with which Barbara Young penned her beautiful book back in 1945. As for the scientific value of her book, it’s huge because it’s the only reference to know Gibran in his daily life, given that Young lived with him in his studio for six years on an almost daily basis. Thanks to her we can visualize Gibran the man in his private moments of writing and painting, as well as in his real character away from the one outside his nest among others. People criticized Young for her hagiographic way of writing about Gibran, but I do like it because I can tell what it means to adorn and adore. My hagiographic dedication to Danae, the love of my life, says it all. 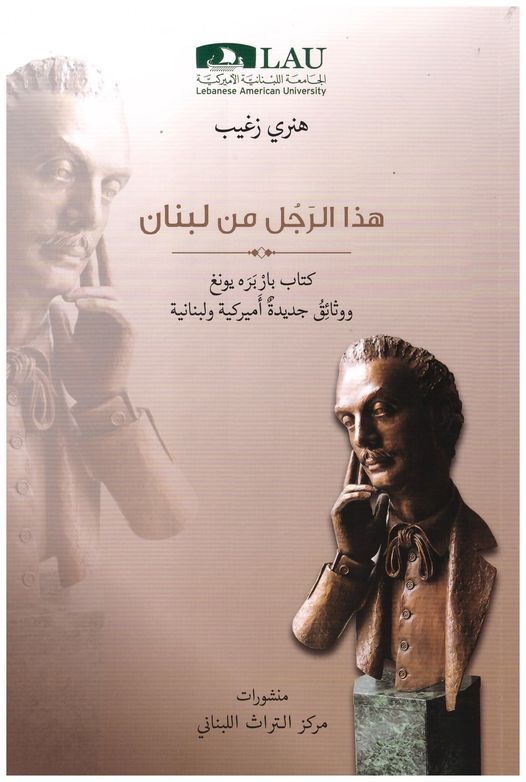 A large part of your book includes rare or unknown titles and date Gibran material: papers, pictures, artworks, and much more. When, how, and where did you find such treasures? What are your most important discoveries reproduced or told in your “Hadha al-Rajul min Lubnan”? 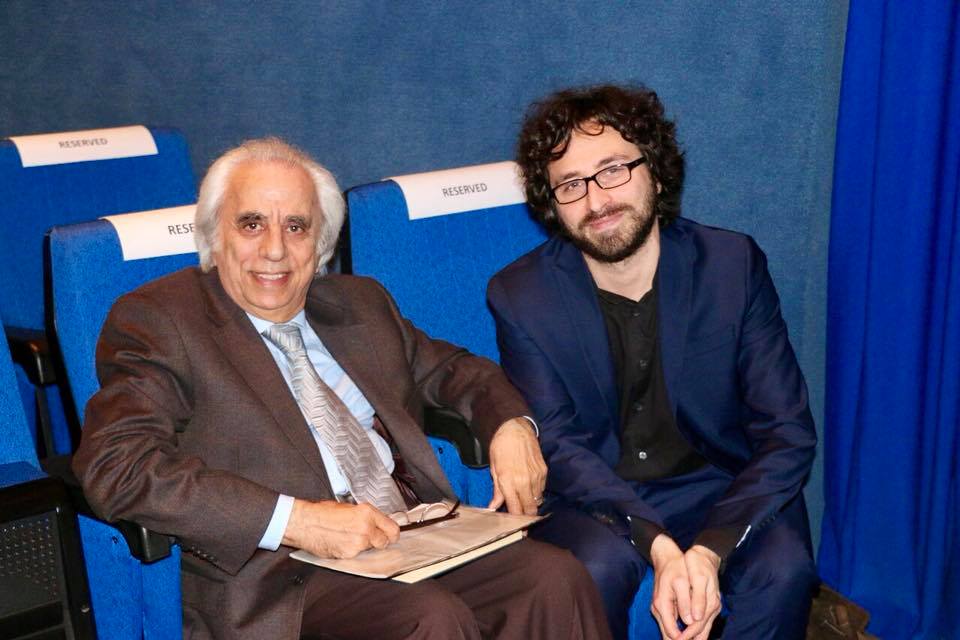 I owe many references to have reached those materials, on top of them your precious “Kahlil Gibran Collective”, whether in photos, data, or dates, especially what my friend Francesco Medici used to send me while I was working on my book. I should also thank three other friends who provided me with the accurate issues of Salloum Mokarzel’s “The Syrian World” which was an important source of texts and information. Those friends are Akram Khater (NCSU), Charles Malouf Samaha (Florida), and Nadim Shehady (NY). Most of the “discoveries” (if I may use the word) in my book are the texts and activities by Barbara Young after Gibran’s death, through several issues of the “Syrian World”.

What are your next Gibran projects? Are you already writing another book or organizing conferences or events?

My main current concern is to spread out my 600-page book as widely as I can (the digital and the paper version), to shed the light on the newness in it about Gibran.  As for writing another book on Gibran, it’s still early to say it, but I’ll continue to dig in the unlimited richness of his field, searching for new undiscovered gems. I might if my time would permit it, try to pen a new translation of the “Prophet” with my poetic style, now that I’m enough immersed in Gibran’s soul and style.