The Prophet - An introduction.

Just shy of 20,000 words, philosophical in nature and mystical in tone, The Prophet was first published in September of 1923 costing $2.25. It sold out its modest 1300 copies within the first month, surprising even its publisher Alfred A. Knopf who upon reflection some years later didn't think anyone would read it. Arguably today, The Prophet is perhaps the worlds first  'self-help' book to reach the masses, its US sales alone number over 10 million copies and has inspired countless other works and authors.  A 2017 study made and published by the Kahlil Gibran Collective, found The Prophet has been translated in as many as 115 languages. 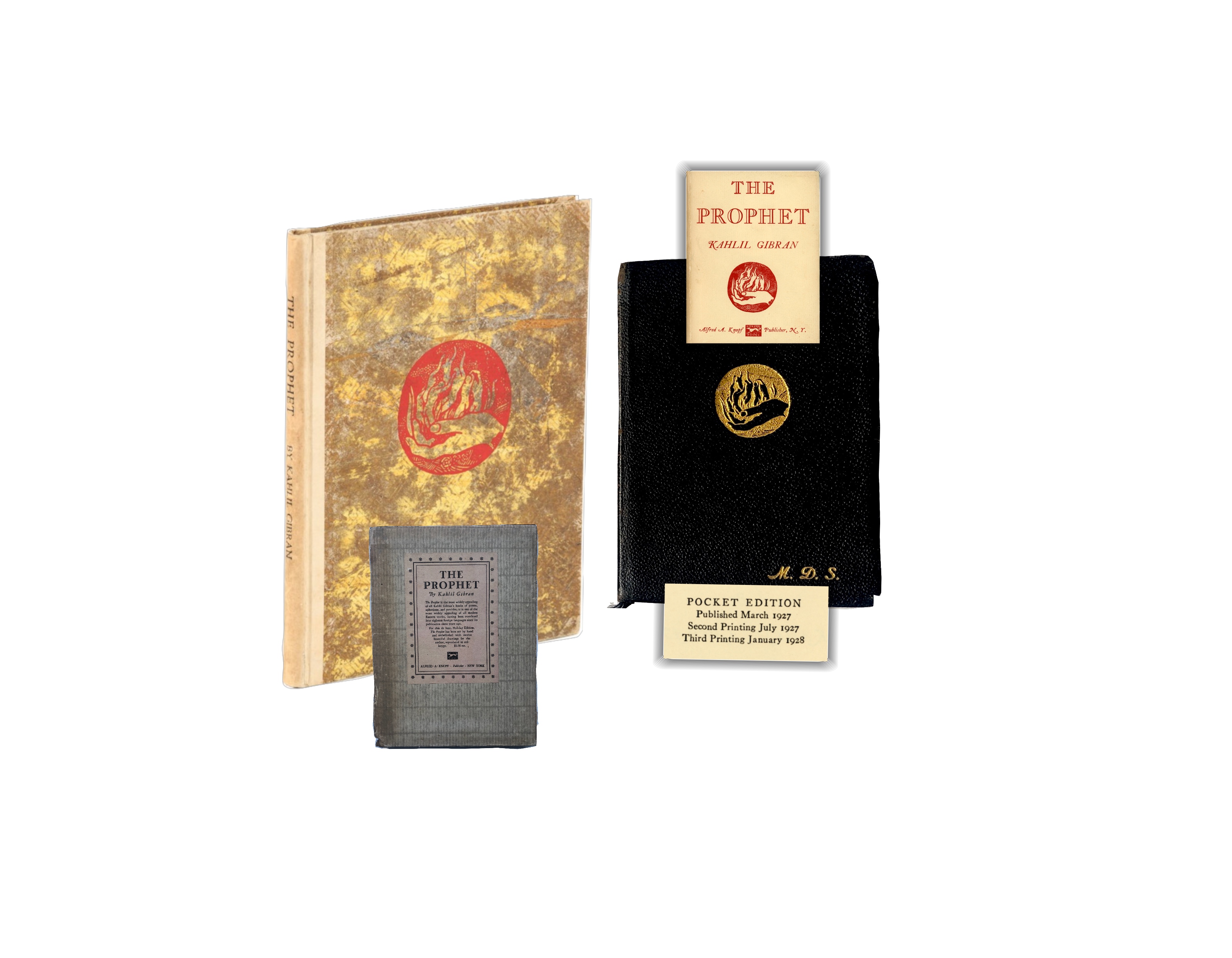 As a Poet-Painter, Kahlil Gibran has left an undeniable legacy that places him in the upper echelons of world literature earning him the title 'a champion of human rights' and 'a forerunner of peace and reconciliation'.  His short life was driven by creating art that expressed the deeper verities, emphasizing the importance of a unified humanity, with shared values, and peace at its core. The Prophet asks us to take the inward journey, because there,  ultimately is where Beauty, Freedom, and Love, live; hidden from the futile pursuit of one's existential thoughts. Gibran upon reflection of the book once told his friend Mary E. Haskell 'The Prophet is really saying one thing'; "you are far far greater than you know, and all is well' 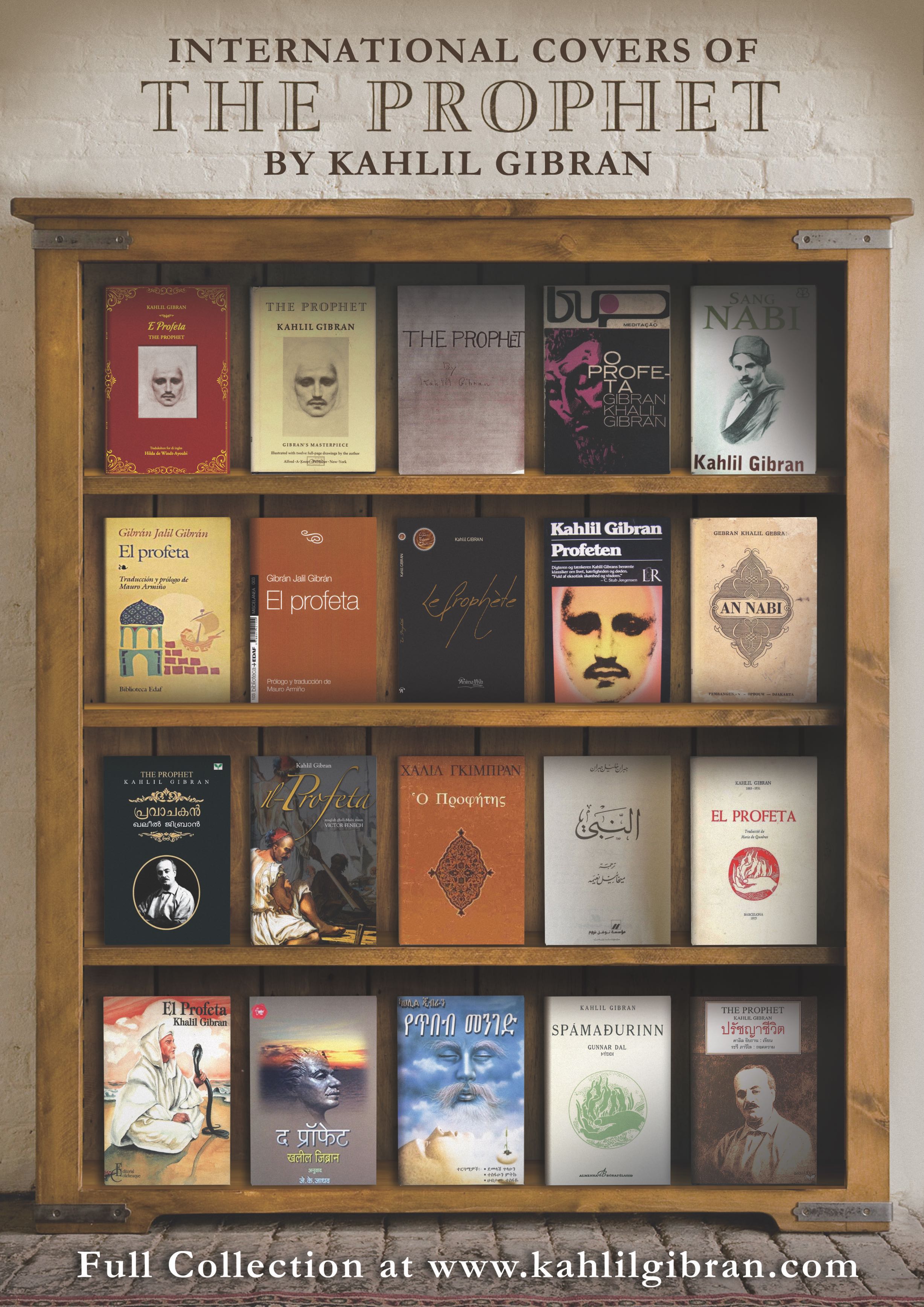 Although The Prophet falls into a unique literary category and holds a special place on the mantle of world literature,  it is neither pure poetry nor philosophy. In it, you'll find reflections of Blake, the Bible, the Koran, Buddhism, Hinduism, and the Romantics, married with schools of thought from the likes of Emerson, Whitman, Nietzsche, and Sufi mysticism.  It has graced the bookshelves of many from all walks of life and undoubtedly is one of the most gifted books in the world today. According to its original publisher A. Knopf now (Penguin/ Random House), it is one of those rare books that have never gone out of print. An estimated 180+ consecutive prints have been reproduced since 1923 by its publishers. Chances are you'll find a used copy in multiply languages in bookstores across the globe and a quick search online will result in many 1000's of pre-owned copies dating back to 1923. Since its entry into the public domain in 2019, we have seen many new publications flourish in multiply languages.

N.B Although most of his written works are in the public domain, the illustrations and paintings in The Prophet remain the property of the GNC. Any use or reproduction of these works will need to be authorized by the GNC.

The Prophet Online/ebook was created by The Kahlil Gibran Collective Inc. and is offered free of charge - please consider a small donation to download a personal copy.

The Gibran National Committee (GNC) is a nonprofit organization formed by virtue of Decree No. 1618 dated July 10, 1934. The GNC holds the exclusive rights to manage the Lebanese author Gibran Khalil Gibran’s copyright in and to his literary and artistic works. The GNC manages as well the Gibran Museum opened to the public, in his native town of Bsharri, where are exposed 440 original paintings and drawings of Gibran, his library, personal effects and handwritten manuscripts… etc.; all of which are exclusively owned by the GNC.