Siegfried Loraine Sassoon (1886-1967), well known as a highly decorated English soldier and writer, was one of the leading poets of the First World War. His verse, that described the horrors of the trenches and satirized the patriotic spirit, greatly influenced Wilfred Owen (1893-1918), who was the most famous poet-soldier of English literature and to whom Sassoon was mentor.

On 28 January 1920, Sassoon arrived in New York for a lecture tour and Gibran, eager to draw him for his “Temple of Art,” got an appointment with him on 10 Feburary. On that cold and snowy Tuesday, the two lunched together and Sassoon accepted to sit for a portrait. After coming back to the Seville Hotel, at 88 Madison Avenue, Sassoon wrote down in his notebook: 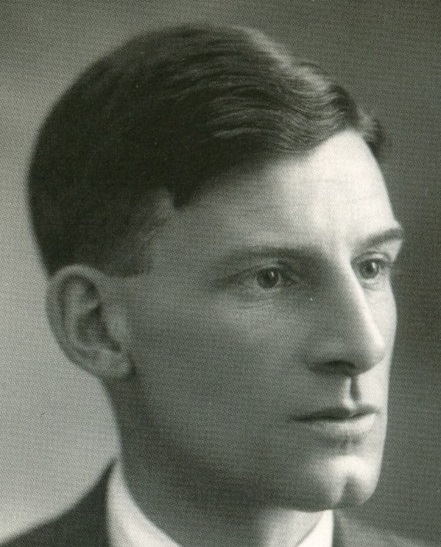 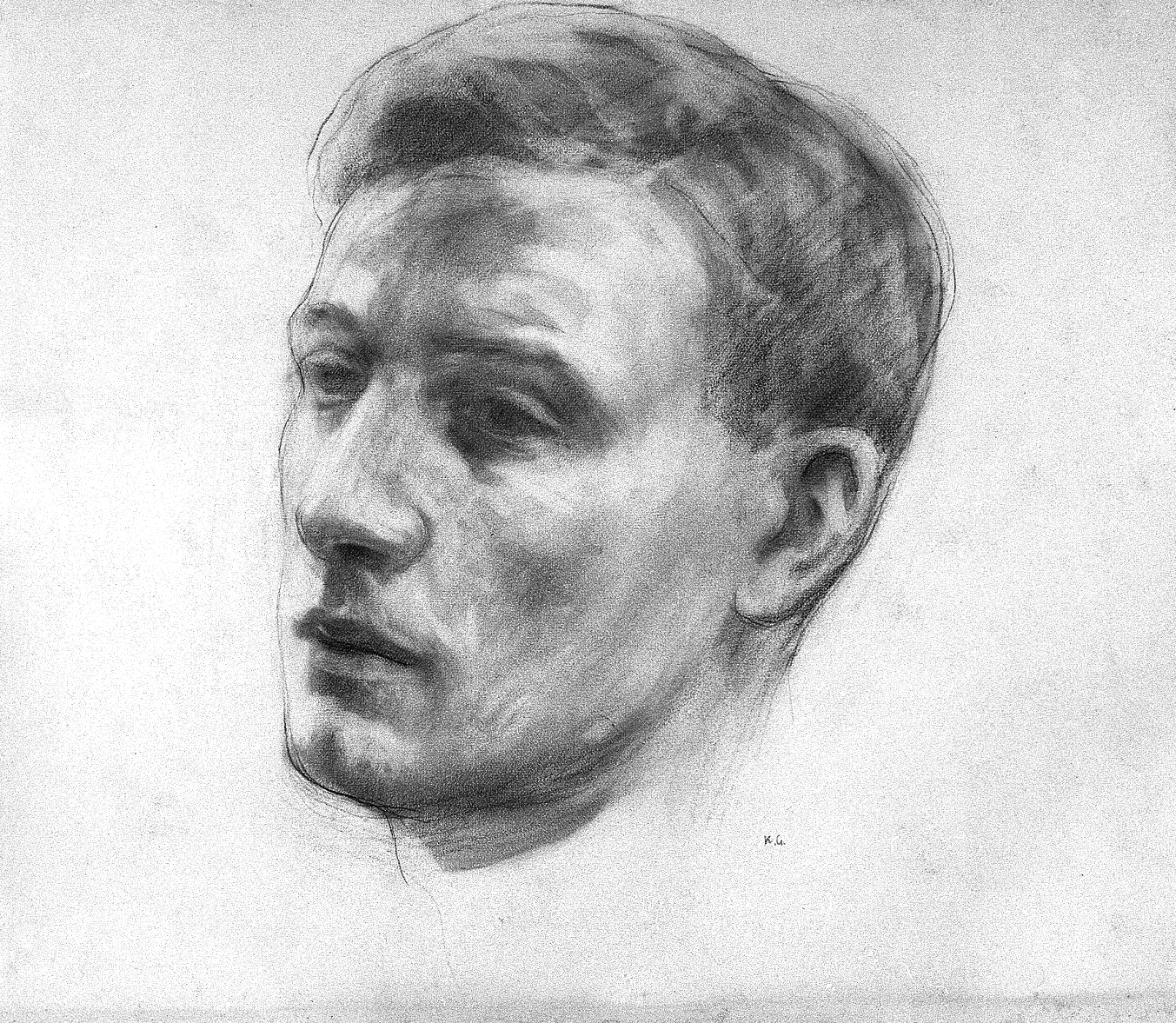 Tues. 10th – Dreary morning of thawing snow. Lunched with Kahlil Gibran, a little Syrian artist & poet; he did a drawing of me. He has done [John] Masefield & [William Butler] Yeats with success, & showed me [Auguste] Rodin & [Claude] Debussy, which looked all right. He seems a very nice creature. Nothing commercial about his point of view.[1]

Thanks to this unique document it is now possible to attribute an identity to a portrait hitherto left unnamed amongst others kept safe by the Gibran National Committee, Beirut Lebanon. 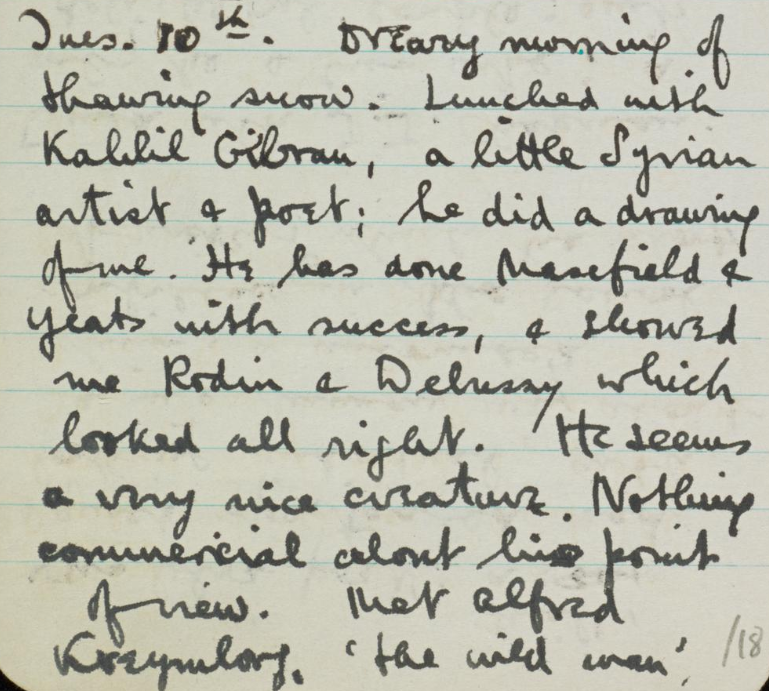 * This article is based on an excerpt from the paper Tracing Gibran’s Footsteps: Unpublished and Rare Material, in Gibran in the 21th Century: Lebanon’s Message to the World, edited by H. Zoghaib and M. Rihani, Beirut: Center for Lebanese Heritage, LAU, 2018, pp. 93-145.