Floyd Starr: "Kahlil Gibran Was a Man I Called My Friend"

* This article is based on an excerpt from the paper "Tracing Gibran’s Footsteps: Unpublished and Rare Material", in "Gibran in the 21th Century: Lebanon’s Message to the World", edited by H. Zoghaib and M. Rihani, Beirut: Center for Lebanese Heritage, LAU, 2018, pp. 93-145. 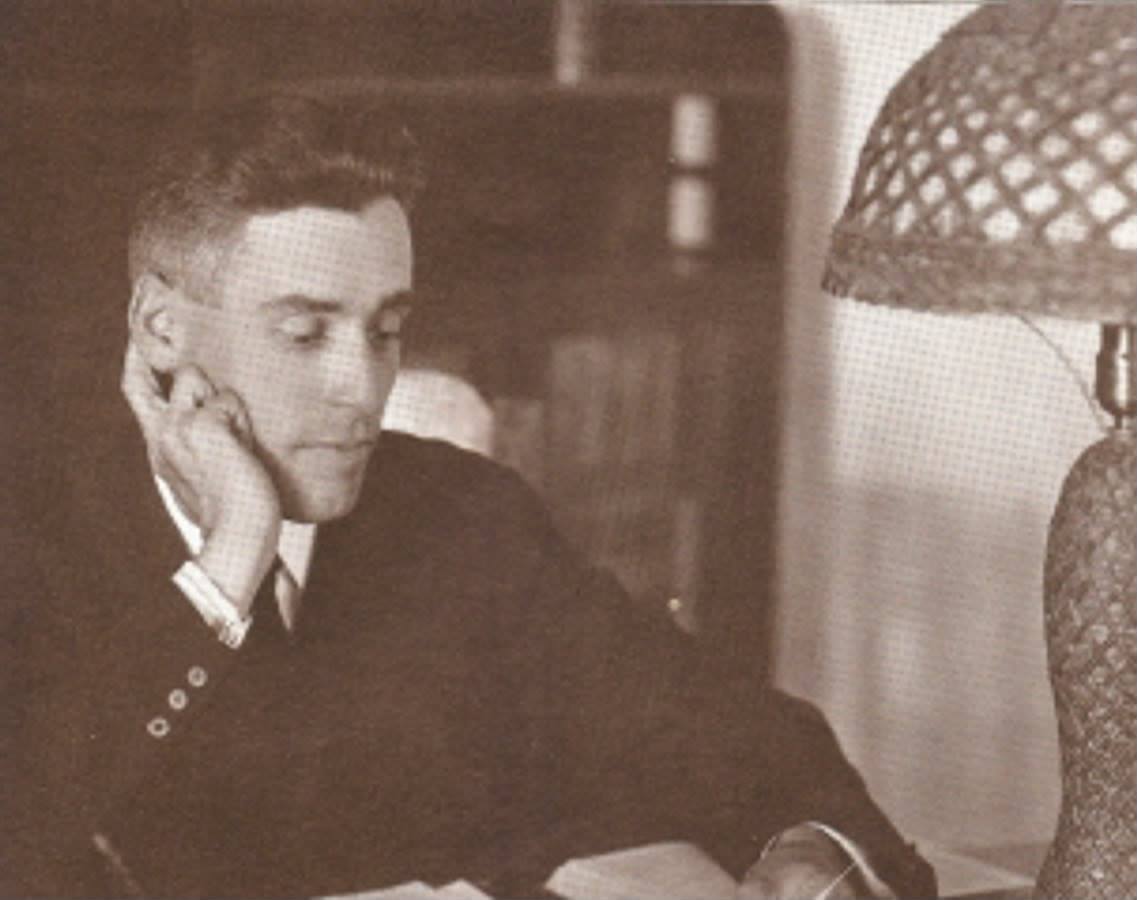 Floyd Elliot Starr (1883-1980) was the founder and president of the Starr Commonwealth for Boys in Albion, Michigan, which he guided for more than fifty years. After attending Albion College and receiving his Bachelor of Arts degree in 1910, he was employed at the Bernarr McFadden’s Healthatorium in Chicago and then at the Beulah Home for Boys. In 1913, he was able to purchase forty acres of land on Montcalm Lake and established his own nonprofit home and residential school for delinquent, homeless, and neglected boys, that later became the Starr Commonwealth for Boys. 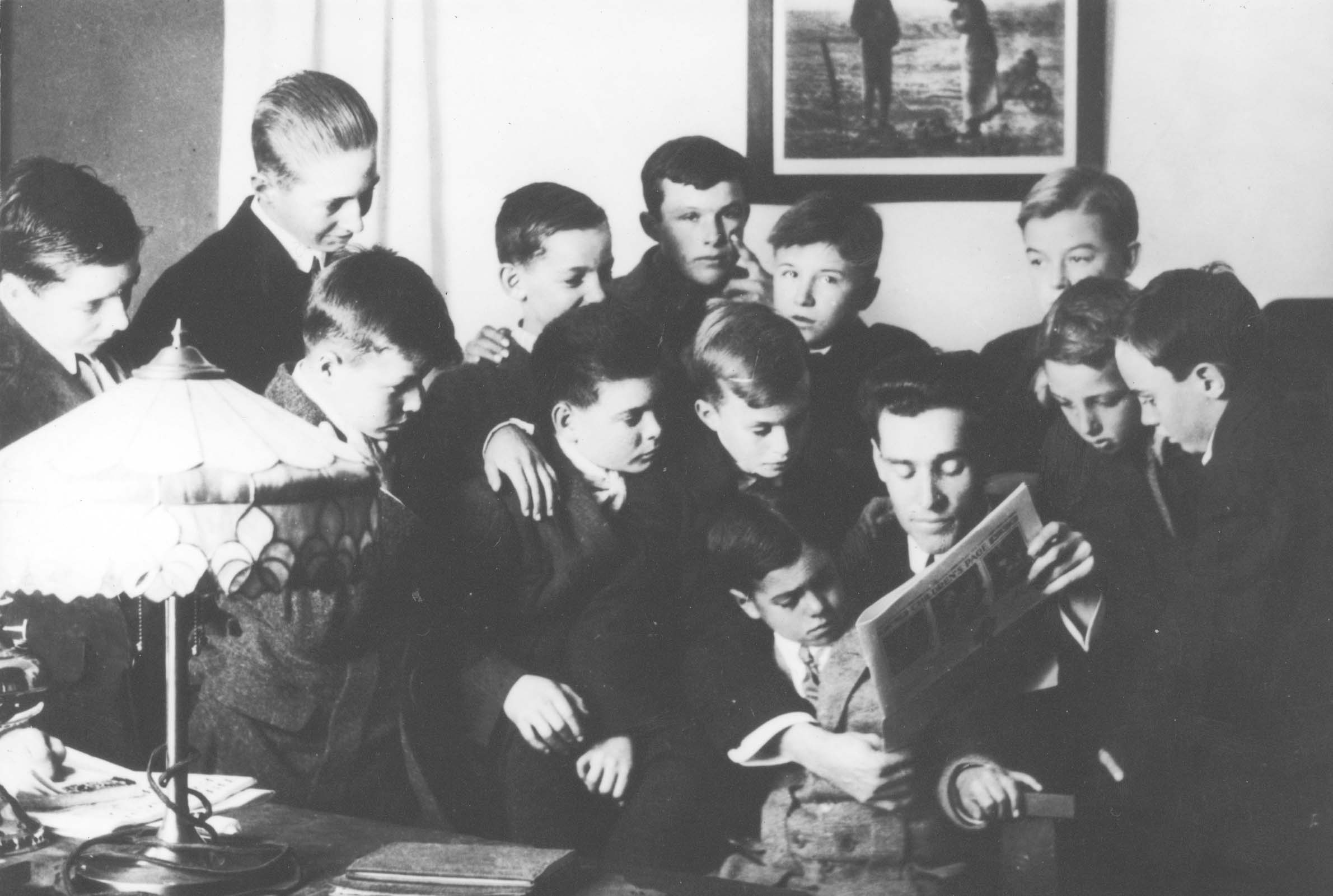 Starr was a friend of Upton Close (born Josef Washington Hall, 1894-1960), the famous explorer, adventurer, journalist, author, Asia scholar, political pundit and radio commentator, who lived with his wife Alice only a few blocks from Gibran in New York City. On a birthday anniversary of Starr’s, Close gave him a copy of 'The Prophet'. Starr, deeply impressed by the book, soon began to include verses from it in his speeches, church services, and correspondence. He felt so intimate with Gibran that he resolved to meet the poet that he might tell him how much that work meant to him.

Sometime later Starr was in New York and Close said, "Is there anyone in the city whom you would like to meet?". He replied, "I had no desire to meet your Mayor [Jimmy] Walker or others of his kind, but I should like very much to meet the man who wrote 'The Prophet'." Close threw up his hands and said, "Of all the people in New York, you would pick the one that is inaccessible." Anyway Close tried valiantly to get Starr an appointment but without success.

On a Sunday afternoon in 1928, when Starr was out for a stroll with the Closes through West Tenth Street, Upton pointed to an apartment house and ironically said, "Floyd, that’s where your friend Kahlil Gibran lives." Starr promptly replied, "I want to meet him." But Upton shook his head again, "I’m terribly sorry, my friend. I can’t help you and I don’t know anyone who can. Gibran is said to be the most unavailable man in New York City." Starr said no more, but did not forget the poet’s address. A few days later a curious thing happened. As Starr told the continuation of the story:

"While I was on a street-car on my way to visit a Mrs. Burt, a voice as clear as my own voice said: 'If you want to see Kahlil Gibran, go to him at once!'. So I got out of the car, walked to his apartment nearby, and looked at the register. There was his name, and there was his apartment on the third floor.

Up two short flights of stairs, then up two more flights, and there before me was a door with a brass knocker engraved with the name 'Kahlil Gibran.' After I rapped softly, the door opened and there stood a man exactly my age, my size and my build.

I wasted no words. 'I have come to see Kahlil Gibran' I said. 'I am he' acknowledged the poet, 'but could you come some other time, please? I have a guest now.' 'No' I said, 'I think it will not be necessary. I have merely come to thank you for writing The Prophet.' Gibran looked at me keenly and held open the door: 'I think you should come in. Perhaps this friend of mine and you will be kindred spirits.'

After a bit of conversation, this great poet turned to me and asked: 'What do you do?'. 'Well' I replied, 'I work with so-called bad boys.' 'Oh, bad boys!' exclaimed he. 'I love bad boys. The worse they are, the more I love them! How I envy you!'."

These words were hardly what Starr expected, and they led to a spirited discussion in which the two found much in common. When finally Starr rose to go, he urged Gibran to come to the Commonwealth, stay as long as he wanted, and learn «to love his boys.» Unfortunately, the visit was not to be: just three years later, the poet died.

Only a few months before his death, he had sent Starr several manuscript pages from 'The Prophet.' Until Starr moved into Candler Hall years later, he kept these in a little Korean chest in Gladsome Cottage. Today they are in the Brueckner Museum, Starr Commonwealth, 13725 26 Mile Road, Albion, Michigan.[1] Furthermore, the museum has many of Gibran’s published works (including a book of poetry that was a gift from Barbara Young), an original watercolor as well as a pen, supposedly owned by him.[2]

[1]Cf. Keith J. Fennimore, Faith Made Visible: The History of Floyd Starr and His School, Albion, Michigan: Starr Commonwealth, 1988, pp. 117-118; F.E. Starr, Kahlil Gibran Was a Man I Called My Friend, transcribed from an unpublished talk of his.

[2]Information given to me by Amy Reimann, Major Gift Officer & Director of Historic Properties, Starr Commonwealth.