Between 1921 and 1922 Felix Faris (1882-1939), a prominent Lebanese activist, journalist, writer, poet and translator, spent seven months in the United States. In New York he met the members of Arrabitah (The Pen Bond) and became a close friend of Gibran, who considered him a “great literary brother.”1 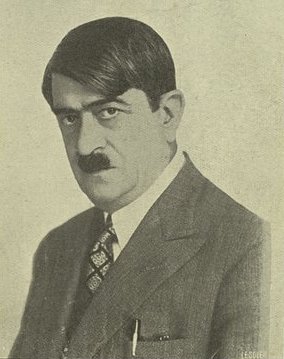 He met Gibran for the first time on January 27, 1922, in New York, at Marie El-Khoury’s (1883-1957), a refined Syrian-born American journalist and jewelry designer, who had invited them to dinner at her table. Her dinners are told legendary, because “she often served meals in which every course was the color of a gemstone,”2 and their conversation on that occasion lasted until three o’clock in the morning.

Felix recorded his impressions of Gibran in his journal and, when his friend died, he published in Lebanon excerpts from them and exchanged letters. Reading his memories of his stay in the United States, we learn that Felix was upset by Kahlil’s emaciated looks, who in that period suffered a weak constitution, but admired his willpower, despite his disease. Gibran loved his friend’s poems and appreciated best amongst the others ‘Munajat al-Nafs’ (Soliloquy), but his favorite one was ‘Turbat al-Judud,’ to the point that he promised its author that he would have translated it into English, and he kept the promise. When Felix returned to Lebanon, he received from Kahlil this untitled manuscript:

From the pain of bitter parting

To the laughing, faithless sea:

From the merciless waves of fear,

And then to prison and despair!

Is this what I sought, my Salwa,

When I left you and my home?

And behold me now, in a night

Whose ears are deaf to my cries,

Whose eyes are blind unto my grief.

But what if my morn should come?

And the star of my morn should rise?

What would they bring save a memory

To a heart over-burdened with memories?

O my thoughts, my stricken thoughts,

Fly not towards my homeland,

And enter not into my house,

Lost, you touch with your dark wings

The sleep-veiled eyelids of my mate.

Oh for a breath from that fragrant vale,

Oh for a draught from that singing stream

And for a handful from my forefathers’ ashes

To be strewn, as they lay me low,

Into my lonely grave. 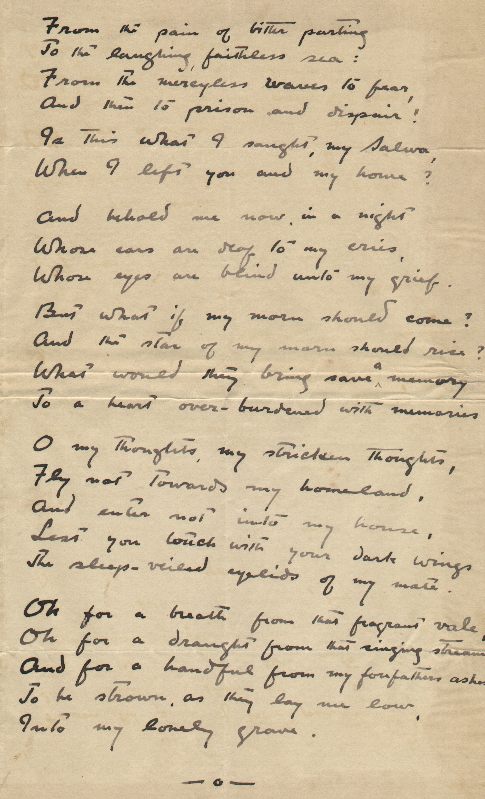 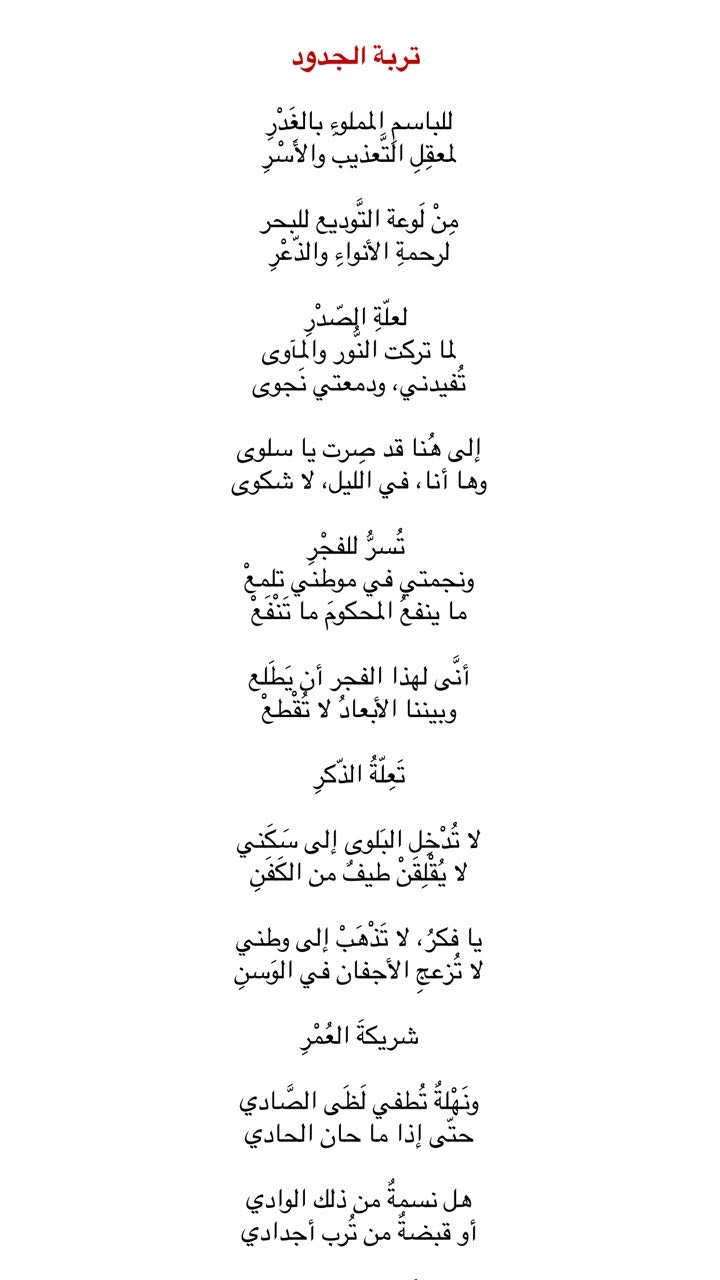 According to what was told by Felix Faris, Gibran’s translation of the poem was published in some “literary magazine,” but there is no other information about it. He never saw Gibran again and kept the manuscript safe as a precious relic of the great man and poet.3 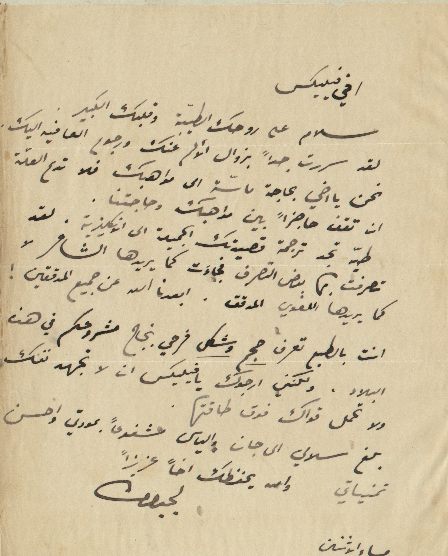