An Arabic Garment for The Prophet

As a young clergyman, the Lebanese-born Antony (Antonious) Bashir (1898-1966), future Orthodox Archbishop of New York and Metropolitan of All North American archdiocese of the Church of Antioch from 1936 to 1966, was adept at translating from English into Arabic. It was Gibran who chose to entrust Bashir with the Arabic translation of all his English works published by Knopf in New York: The Madman (1918), The Forerunner (1920), The Prophet (1923), Sand and Foam (1926), Jesus, the Son of Man (1928), The Earth Gods (1931). [1] Bashir also edited a collection of Gibran’s short writings and sayings which he published in 1927 in Cairo with the title Kalimat Jubran (Gibran’s Sayings).[2] When in 1926 the poet saw his translation of The Prophet, he said to the Archimandrite:

"Only you could have tailored such a beautiful Arabic garment for my Prophet." [3] 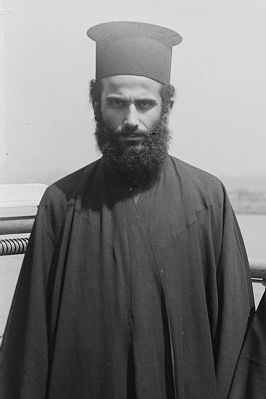 There was quite a rich epistolary exchange between Gibran and his ‘official’ Arabic translator. Bashir’s letters (or part of them) to him are currently preserved in the Soumaya Museum, Mexico City. Gibran’s letters to Bashir remained hidden among the archives of the Antiochian Orthodox Christian Archdiocese of North America, and were unknown and unpublished until November 11, 2004, when they appeared in the original Arabic in the Lebanese daily newspaper-Nahar. They were accidentally found by Philip Saliba (1931-2014), the Lebanese-born former Metropolitan who was one day searching in the old files of his predecessor.[4] In 2005 the letters published in An-Nahar were translated into English by Lebanese professor George Nicolas El-Hage (b. 1952) for a prestigious international literary journal. Below are some of their more significant passages: 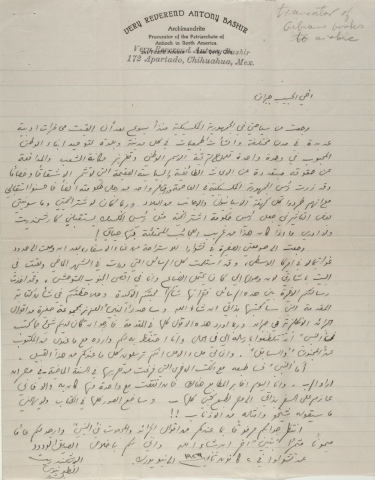 [January 23, 1925] Concerning the translation of The Prophet into the Arabic language […] You know that this small book is a part and parcel of my being, and I hardly wrote a chapter of it without experiencing a transformation in the depth of my soul. This is the reason why I ask you… rather, I implore you to grant it a vast space in the garden of your attention. […] I ask that you please send me your translation, chapter by chapter if you will, so we can collaborate together in the best way possible for you, me and the book. I will return to New York after a few days and will search my library for the books that I deem advisable to translate into Arabic and will inform you. 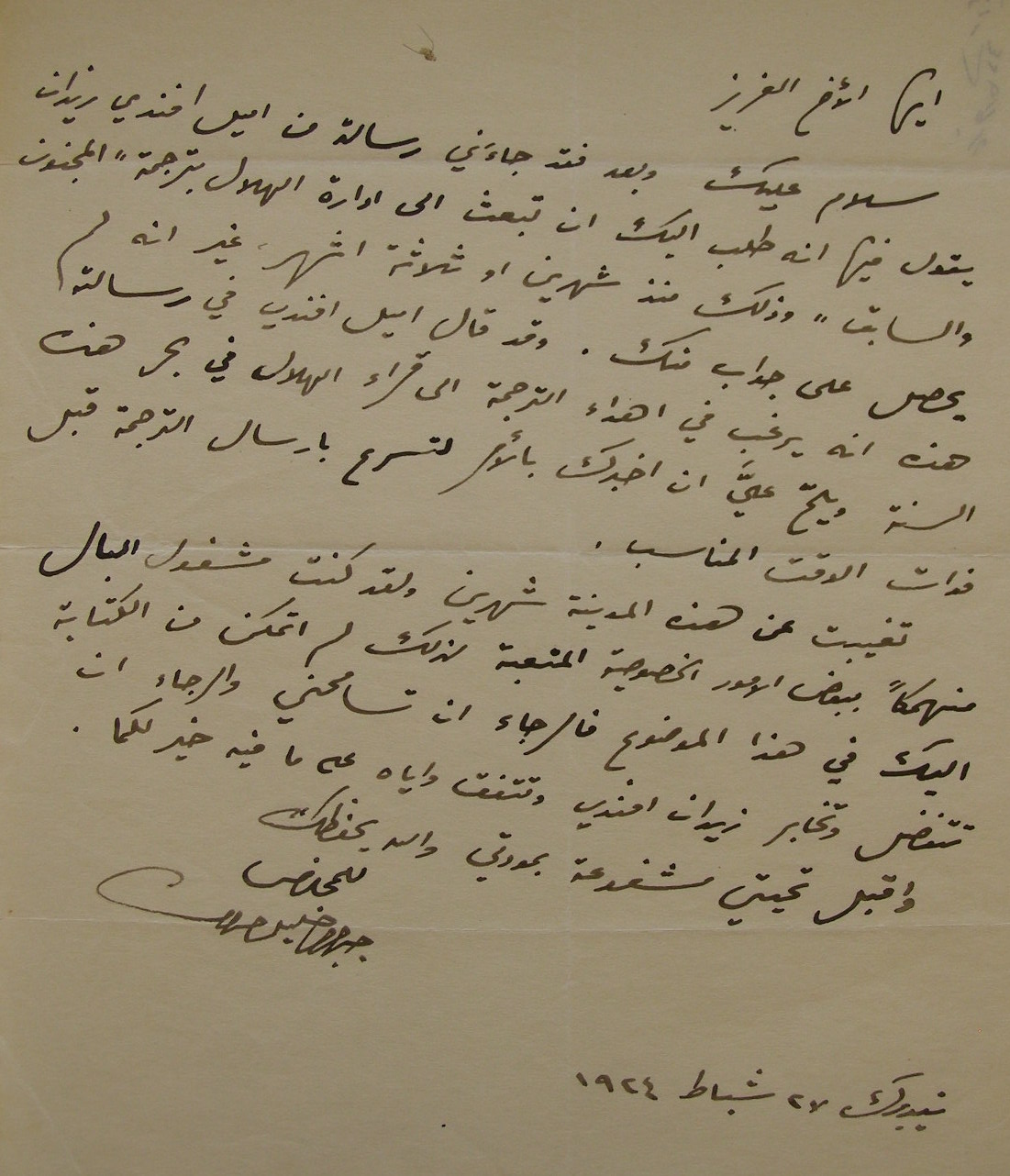 [November 10, 1925] Your translation of The Prophet is an act of kindness towards me that I will gratefully remember as long as I live. My hope is that the readers of the Arabic language will appreciate your literary enthusiasm and afford it its due worth. In my judgment, the translator is a creator, whether people acknowledge this or not. As far as I am concerned, the most deserving of all people to write the introduction is you because he who spends days translating a book from one language to another is certainly the most knowledgeable of all people about the merits and shortcomings of that book. This is my opinion. However, I ask that you please do what you wish concerning the introduction and the excerpts from the American newspapers. The following are the titles of the books that I would like you to examine or translate should your days and nights permit:

These are four valuable books which I believe are among the best that Westerners have written during our present time. Try to obtain these books. Then choose for yourself what appeals to you. 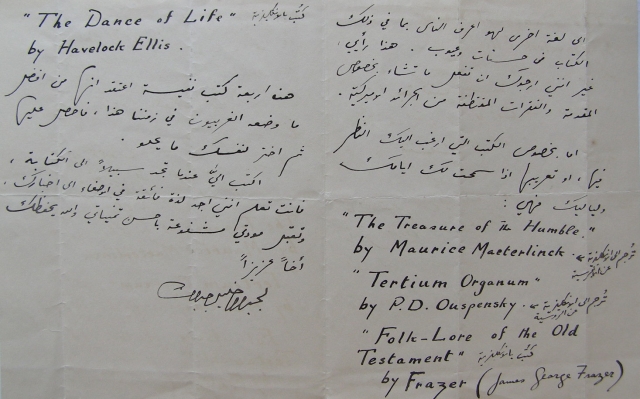 [undated] You ask me now to send you the reviews of The Prophet from the American newspapers. It is really hard for me to respond to your request because three years ago I suspended my subscriptions due to what they call here the “international censorship” of newspaper excerpts. All I can say to you now about the small book is that it has just reached its tenth edition and that it has been translated into ten European languages (rather to eleven languages) and into Japanese and Hindi, among the Eastern Languages, and there are more yet to come. As for the opinion of other people on the small book, from Woodrow Wilson to the best English poet, to the most famous French writer, to Gandhi, the Indian, to the simplest laborer, to the wife and mother, the response has been something I have not expected or even imagined at all. This is why I sometimes find myself embarrassed to face the affection of the people and their generosity.[5]

[3] Quoted in Elizabeth Boosahda, Arab-American Faces and Voices: The Origins of an Immigrant Community, Austin: University of Texas Press, 2003, p. 218.