One day, during his youth, the future great French writer Marcel Proust (1871-1922) was asked by his friend Antoinette Faure a series of questions in English language – in fact they were in vogue among the British Victorian families, as a form of parlor games, some questionnaires designed to discover the personal tastes and aspirations of those who answered them. Proust’s answers were published only in 1924, two years after his death. This was the origin of the famous “Proust Questionnaire”, whose success has come down to the present day. 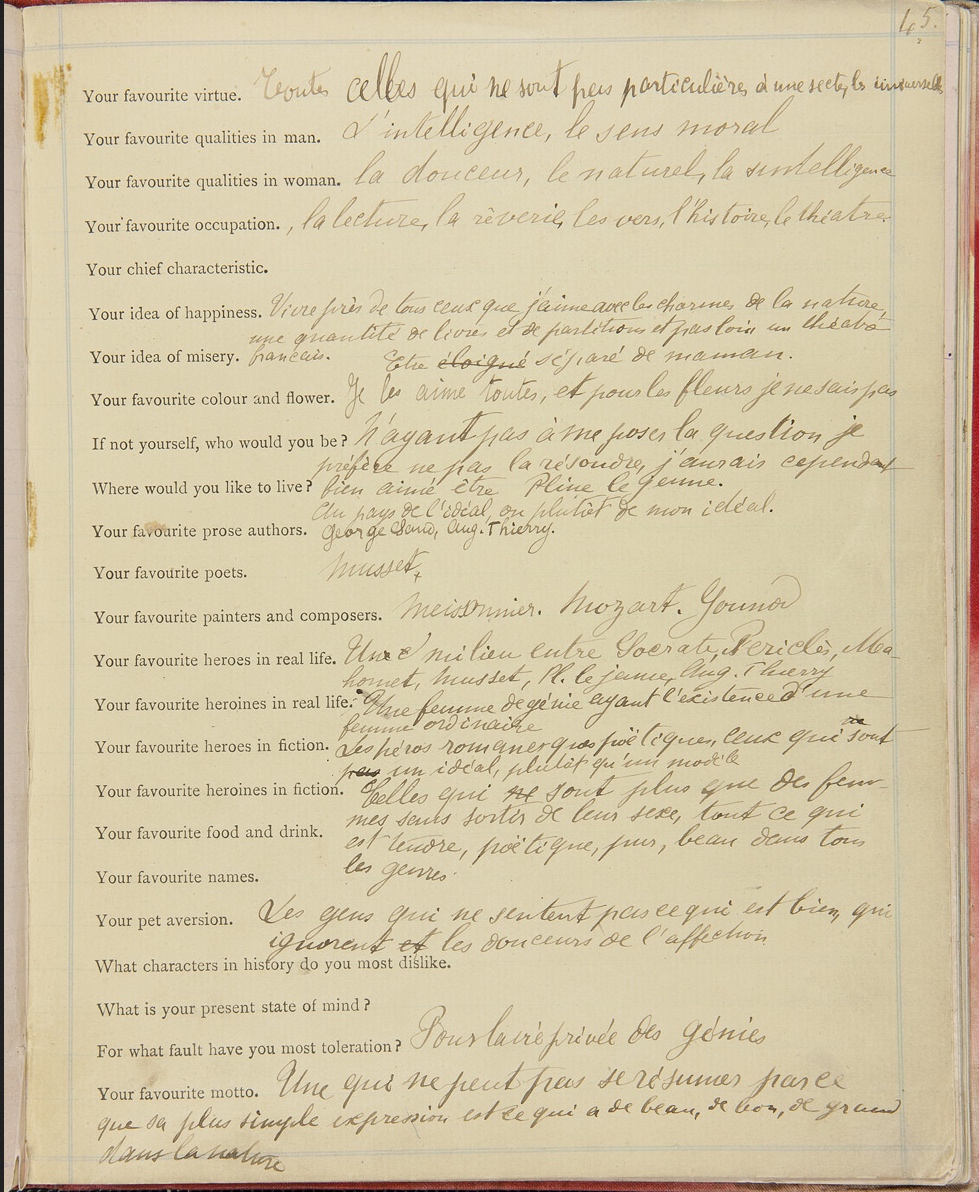 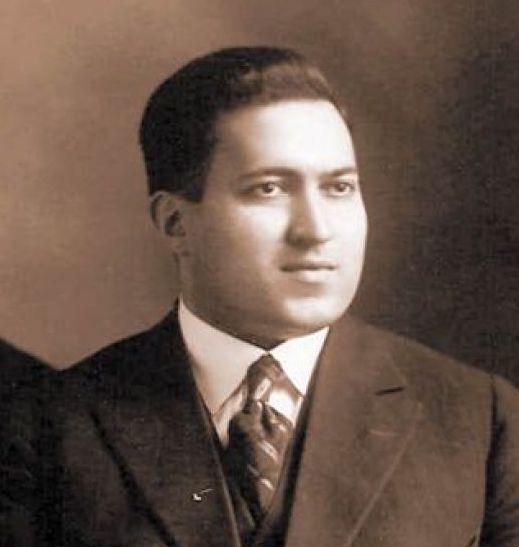 In his book entitled Jubran: Siratuhu, Adabuhu, Falsafatuhu wa Rasmuhu (Gibran: His Biography, Literature, Philosophy and Art), published in Beirut in 1958, the Lebanese writer, poet and literary critic Jamil Jabre (1924-2012) tells a really curious anecdote, according to which, probably in the 1920s, the Syrian journalist and poet Nasib Aridah (1887-1946) submitted the “Proust Questionnaire” to the author of The Prophet, his friend and companion of Al-Rabitah al-Qalamiyyah (The Pen League), the circle of Arab-American intellectuals of New York. It is a unique document, almost unknown even among Gibran scholars and lovers, that is worthy of a full reading and of some brief considerations.

1. Which natural beauty do you prefer?
'The mountain'

2. What about your favorite season?
'The Autumn'
3. A smell you like?
'The smell of the wood in the fireplace'
4. What’s your favorite name?
'Selma'

6. Who are your favorite poets?
'Shakespeare, Al-Mutanabbi, Majnun Layla, Abu Nuwas… They were all mad!'

7. What about your favorite prose writers?
"Among the prose writers, Ibn Khaldun, Nietzsche for fantasy, Turgenev for the beauty of the images'

8. Your literary heroes?
'Hamlet, Brutus and Francesca of Rimini'

9. Which era would you like to live in?
'In the present era, since it contains all what the past ages left to us'

Which country would you like to live in?
'In Lebanon'
11. What virtue do you appreciate the most in a man?
'Loyalty'
12. And in a woman?
'Purity'
13. If you weren’t Gibran Khalil Gibran, who would you like to be?
'Gibran Khalil Gibran'
14. What are your sweetest words?
'Love, Nature, God'
15. What is the purpose of your life?
'Work, work and work again'
16. Which historical figure do you prefer?
'Muhammad'
17. What about your favorite heroines?
'Zenobia and Joan of Arc' 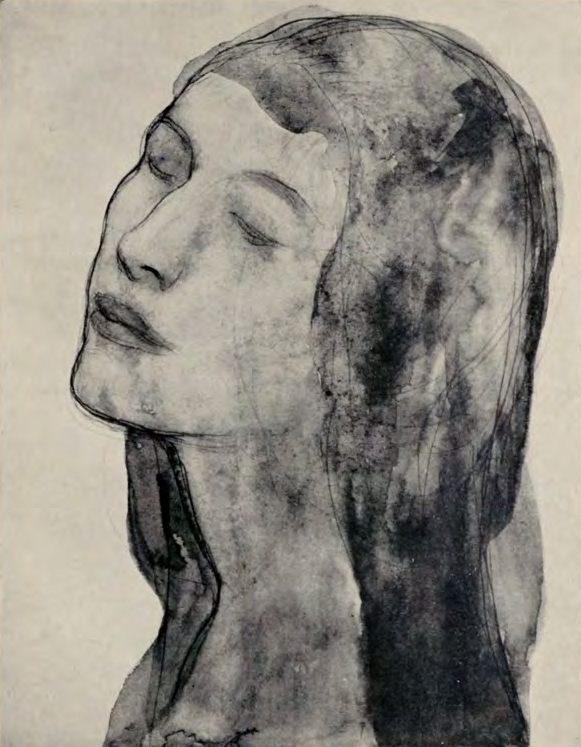 18. Which books do you love to read?
'The Book of Job, Macbeth and King Lear' 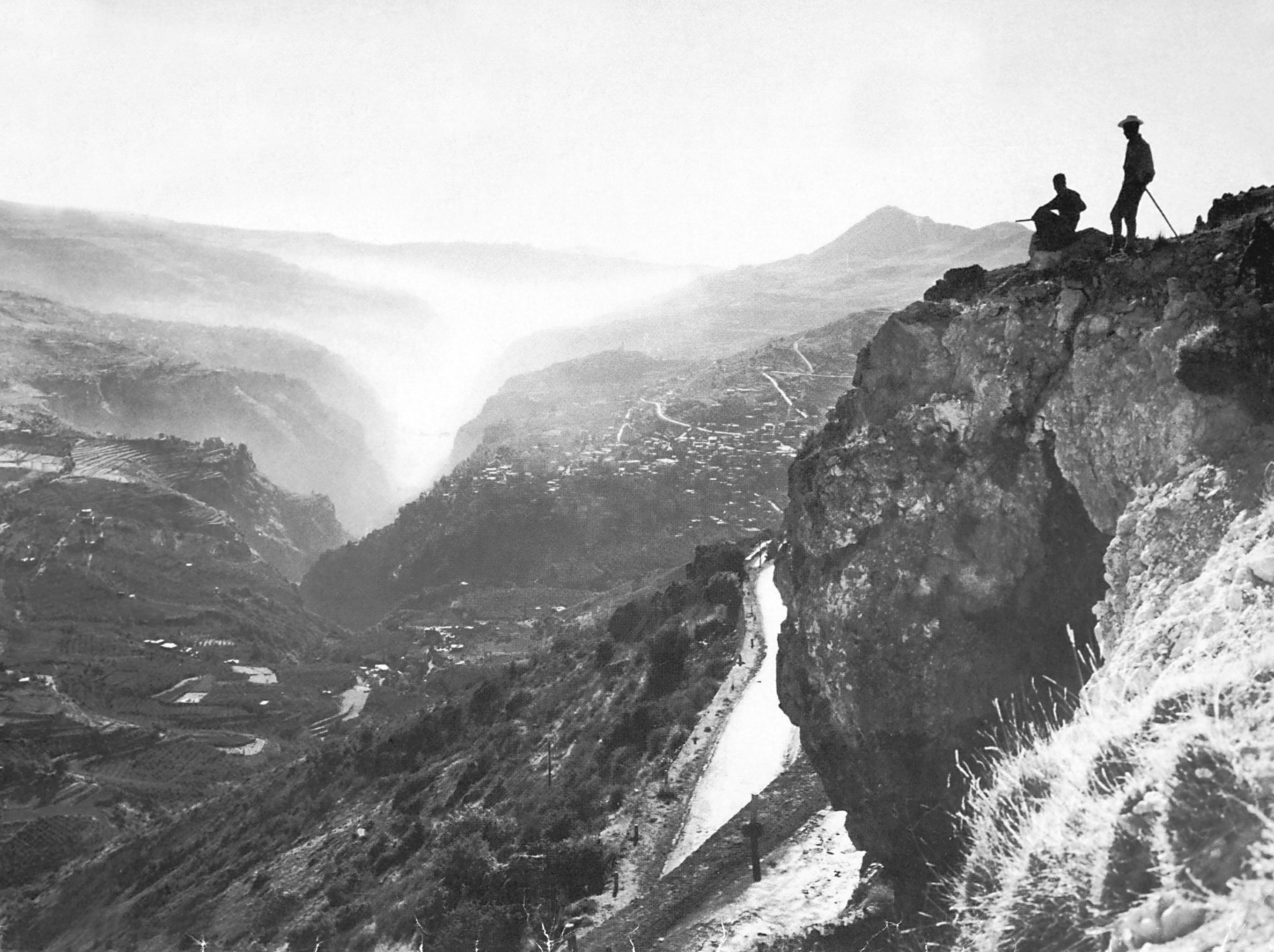 Even if the “Proust Questionnaire” is not a properly psychological test, it is nevertheless a means that enables to grasp easily some essential elements of the emotional sphere and personality of the questioned person. As a twelve-year-old immigrant to the United States, Gibran felt a profound nostalgia for Mount Lebanon, his homeland, and in particular for his native village, Bisharri, perched on a small plateau at the edge of one of the cliffs of Wadi Qadisha, the enchanting Sacred Valley. He used to miss his hearth’s warmth, recalling the years when his mother, father, sister and half-brother were still alive.His melancholic temperament, total dedication to work (both as a poet and as an artist), iron resolution, unshakable confidence in himself and in the extraordinary opportunities of his time also appear evident from his answers.

Although he was born into a Christian Maronite family, his sensitivity and open-mindedness allowed him to connect the Holy Bible with the controversial German philosopher Friedrich Nietzsche, the ‘Maid of Orléans’ with the Prophet of Islam. Furthermore, as an animator of the Nahdah (the movement of the Arab cultural renaissance) and a pioneer of the literature of emigration, while loving the classic literature of his own culture (of whose main exponents he had even drawn some charming imaginary portraits), he admits to have been decisively influenced by the most important western writers, philosophers and artists. Above all, in the field of thought and art, regardless of their geographical origin, religious creeds or atheism, Gibran appreciated the ‘madmen’ (or supposed to be so in their time), who were for him the innovators, that is to say the enemies of obsolete rules, unjust laws and fossilized traditions of the past (as for Shakespeare in particular, in a letter to his patroness Mary Haskell, dated May 16, 1929, Gibran revealed he was even planning to write a book – unfortunately left unrealized – on the outstanding English poet and playwright). 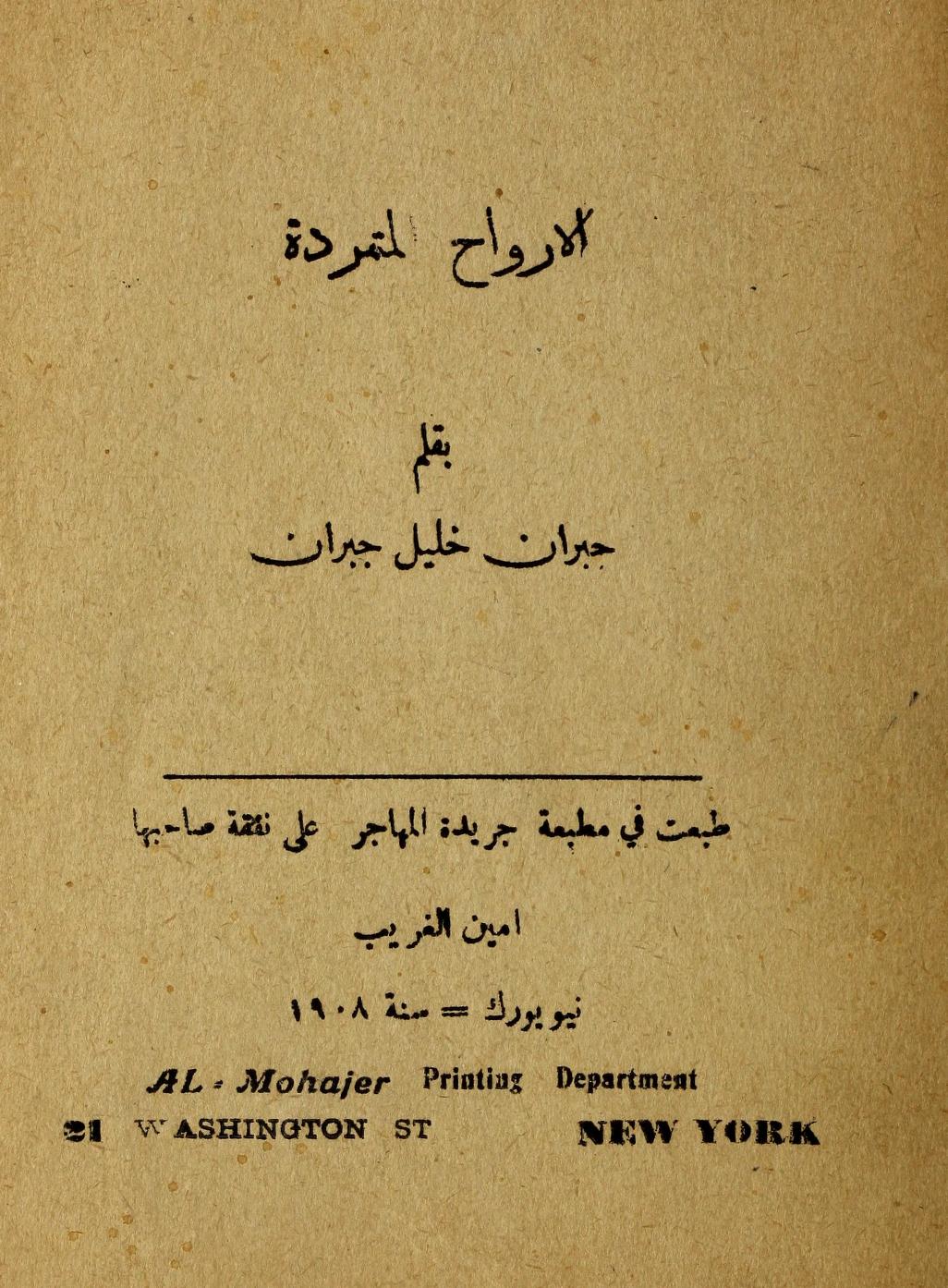 Gibran’s answers concerning Francesca of Rimini (main character of the fifth canto of Dante’s Inferno, first volume of The Divine Comedy) and Selma allude to the heroines of two of his Arabic works, respectively: Spirits Rebellious (Al-Arwah al-Mutamarridah, 1908) – which contains Madame Rose Hanie, a story inspired by the tragedy of the above mentioned Italian noblewoman –, and the short semi-autobiographical novel Broken Wings (Al-Ajnihah al-Mutakassirah, 1912), whose protagonist is the hapless Selma Karamy.